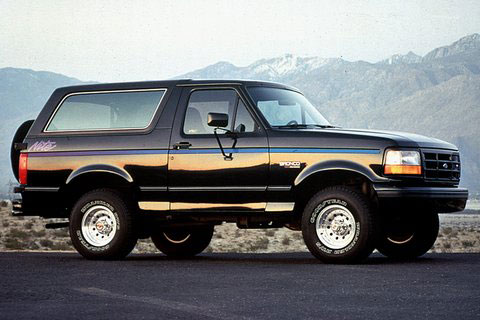 1992 was a transitional year for Ford, revealing the 9th generation F-Series. While the 1992 - 1997 styling is largely different than the previous generation, it features a similarly boxy appearance accented by soft curves. The Nite appearance package was carried over to the next gen F-150 and was introduced to the fullsize Bronco. The Nite option was largely aesthetic, although the vehicles received the popular 351 Windsor engine and a sport suspension.